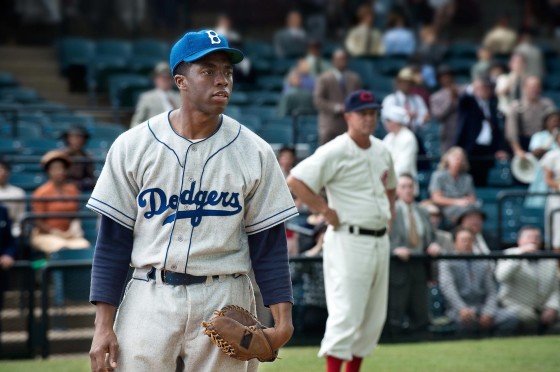 There have been a bunch of baseball movies released recently and the trend continued this weekend with the Jackie Robinson biopic, 42. The movie had a fantastic $27.2 million opening, better than recent baseball movies Moneyball and Trouble with the Curve and definitely up toward the higher end of biopics in general.  The fifth Scary Movie movie took the number two spot with $15 million, the lowest opening for the franchise, with the closest one being Scary Movie 2 with a $20 million opening.  The Croods remained in the third with another $13.2 million.  GI Joe: Retaliation and Evil Dead rounded out the top 5, the latter of which had a pretty drastic drop from first place last week.  In expanding films, The Place Beyond the Pines moved into just shy of 500 theaters this weekend and made it onto the top 10 at tenth place with $4 million and Danny Boyle’s latest, Trance, moved into 434 theaters from 4 and went from 31 to 13 with $925,000.