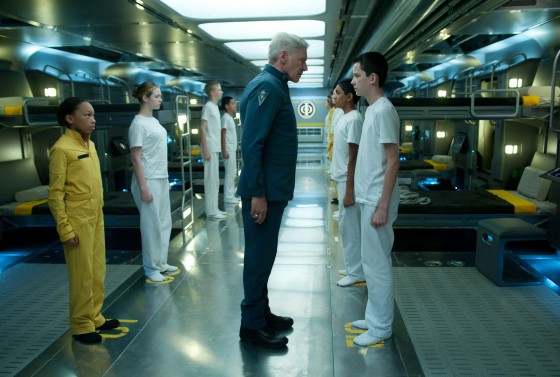 Considered a sci fi classic by many, Ender’s Game by Orson Scott Card is finally being adapted for the big screen and coming this November, and looks like it wants to compete head to head with Catching Fire.  Asa Butterfield of Hugo stars as Ender Wiggin, a recruit in the brutal military training center that was created after humanity barely survived a war with an alien race and now are being trained if and when the aliens return.  Harrison Ford, Viola Davis and Ben Kingsley are instructors at the center and Hailee Steinfeld is one of Ender’s fellow recurits and Abigail Breslin plays Ender’s sister.  Gavin Hood, of X-Men Origins: Wolverine, is directing.  I’ve never read the novel, even though it’s considered a classic, but it’s apparently not as action packed as this trailer suggests and is much more similar to the novel Starship Troopers, where there is more discussion of war than actual war itself.  You can check out the trailer below and the movie is out on November 1st.