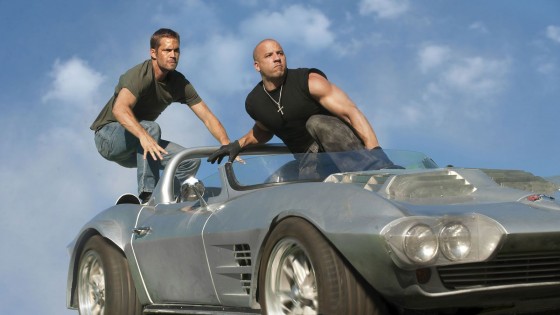 Fast & Furious 6 is almost upon us and it’s insane to see how this series has evolved from an OK Point Break rip off to one of the most insane and fun action franchises ever.  The music of the series has evolved as well, although it’s all rap and hip hop but it’s gone from the forgotten single “POV City Anthem” from The Fast & The Furious to the Japanese craziness of the Teriyaki Boyz to a new Ludacris song for every movie he’s in, like Act a Fool from 2 Fast 2 Furious.  Check out some of the tracks from the series below.

Act a Fool by Ludacris

Blanco by Pitbull and Pharrell

Krazy by Pitbull and Lil Jon

How We Roll by Don Omar, Busta Rhymes, Reek Da Villain and J-Doe

We Own It by 2 Chainz and Wiz Khalifa