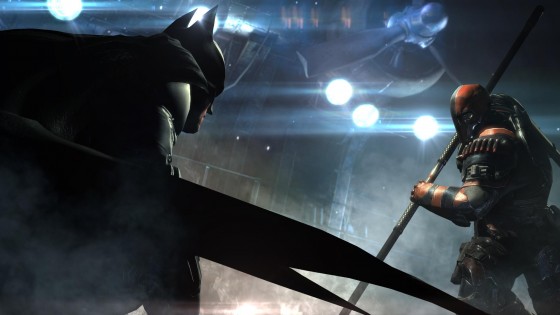 We don’t cover video games too much on the site, but when it’s a game like Batman: Arkham Origins, we’ll make an exception.  The third in the Arkham series, this game is a prequel set during Christmas where Batman must face off against a series of assassin’s hired by Black Mask to take him out.  These assassins include Deadshot and Deathstroke, who are both featured prominently in the trailer.  There’s no gameplay in this trailer but it does feature an incredible action sequence where Batman first has to track down, and then fight, Deathstroke.  The game is not being made by Rocksteady, who made Asylum and City, but the game will use their engine and will be the first game to take place in Gotham City proper.  The game is out in October and you can check out the trailer below.