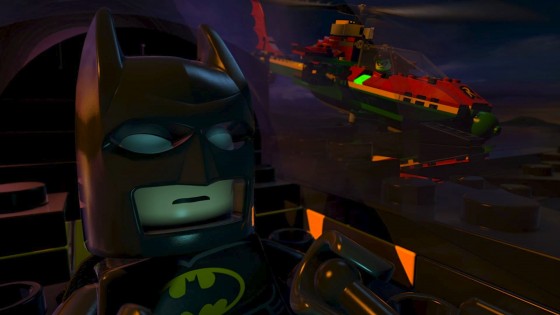 As the directors, casting and story for The Lego Movie were announced, it sounded cooler and cooler but now, with the full trailer, it looks like it is beyond anything we thought it would be.  Chris Pratt plays blue collar Lego construction worker, Emmett, who gets mistaken as the legendary Master Builder, who is called upon to protect the Lego universe against the evil, Mr. Business and his henchmen, Bad Cop.  Emmett assembles a team of heroes, including a wizard played by Morgan Freeman and a pirate played by Nick Offerman.  It looks like any property that has been Legoized is up for grabs in the movie, including classic sets, like Space, and new sets, like DC and TMNT.  The thing that was a pleasant surprise in the trailer is that the movie is going to be CG but all the characters, locations and vehicles move and act like actual Lego blocks.  It’s coming from Christopher Miller and Phil Lord, directors of Cloudy with a Chance of Meatballs and 21 Jump St. and looks like it’s going to be an awesomely fun movie for both kids and adults.  It’s out next year and you can check out the trailer below.