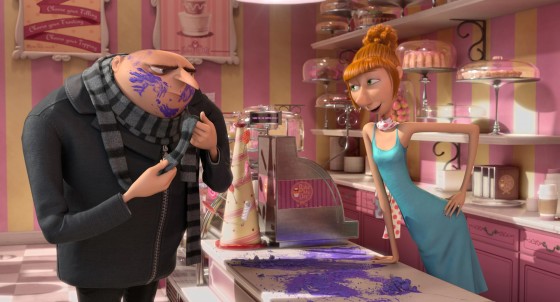 Despicable Me 2 had a fantastic holiday weekend, with $142.1 million for it’s first five days out and $82.5 million for the weekend.  It’s way up from the first movie and one of the best openings of all time for animated movies, right ahead of Toy Story 3.  Completely the opposite, The Lone Ranger was an absolute disaster for Disney, making only $29.4 million over the weekend and $48.9 for it’s five days out.  If it didn’t have the extra days, it would have been worse than John Carter’s opening last year.  The Lone Ranger is probably a worse bomb than John Carter because it had the combo of Gore Verbinski and Johnny Depp, who made the Pirates of the Caribbean movies blockbusters.  The Lone Ranger cost $215 million, so there is absolutely no chance it will even break even, let alone be profitable.  The Heat and Monsters University flip flopped with The Heat taking third place with $25 million while Monsters University, last week’s #1, dropped to fourth with $19.6 million.  World War Z rounded out the top 5 with $18.2 million.  Kevin Hart: Let Me Explain had a strong start for a stand up movie with $17.5 million and the fifth highest opening for the genre.

Battle at the Box Office 7/1