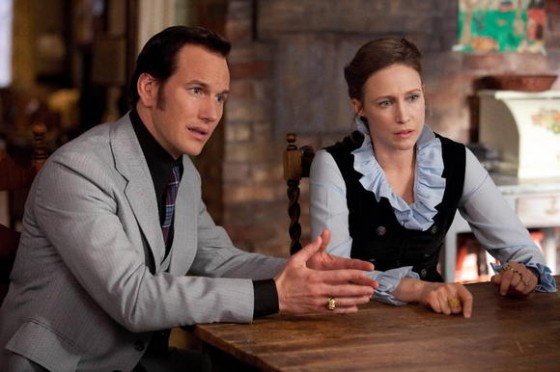 With no competition and the best reviews of the weekend, The Conjuring easily took the number one spot at the box office, more than doubling it’s budget with $41.5 million.  It’s the best opening ever for an original, R rated horror movie.  It’s word of mouth is also great so it could actually hang around for a while in the next week or two instead of immediately collapsing like pretty much every recent horror movie (The Purge was first in it’s first week and then dropped down to around sixth in it’s next weekend).  Despicable Me 2 dropped down to second with $25 million and is over $276 million, putting it in eighth place for the all time animated movie grosses.   Turbo was third place with $21.5 million for the weekend and $31.2 million overall, since it came out on Wednesday.  It’s a terrible opening for Dreamworks, down with forgotten bombs like Flushed Away.  Grown Ups 2 dropped to fourth place with another $20 million.  Red 2 rounded out the top 5 with $18.5 million, about $3 million off from the original’s opening, which was in the fall of 2010.   Pacific Rim unfortunately dropped almost 60% from last weekend and went to sixth place with $15.9 million.  Another disaster for the summer was RIPD, which had horrible reviews, seemingly no interest from audiences and only brought in $12.7 million and seventh place.  It cost $130 million to make RIPD.