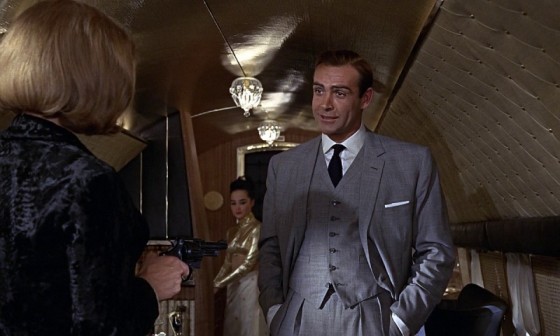 Originally recorded for the TV show, Danger Man, in 1966, Johnny Rivers’ “Secret Agent Man” has become synonymous with all the great spy movies and shows of the 60’s, especially the Bond series. It’s been used in tons of TV shows and movie over the years, like Ace Ventura and Austin Powers, and has been covered by everyone from Devo to Blues Traveler to Bruce Willis.  Check out a bunch of it’s various versions below.

Musical Montage: Got a Girl “Did We Live Too Fast”