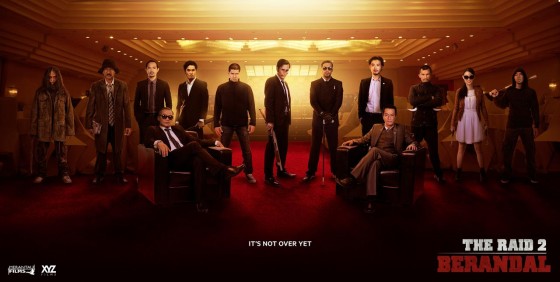 The Raid: Redemption and Dredd were a one/two punch of awesome back in 2011, both taking the same premise but attacking them in different ways.  While Dredd had more firepower, The Raid had ridiculous martial arts action, courtesy of star Iko Uwais as police officer Rama.  Rama is back for The Raid 2: Berandal and he’s going undercover to take down a ruthless drug cartel in Jakarta.  Director Gareth Evans is back to direct the sequel, which he said is more “cinematic” and “bigger” than the first movie.  The insane amount of violence seems to be upped in the sequel and there are glimpses of some action sequences that look incredible.  The movie is coming out in the US at an undetermined time, but Sony has the rights again and will put it out like they put out the first movie.  Check out the trailer below.