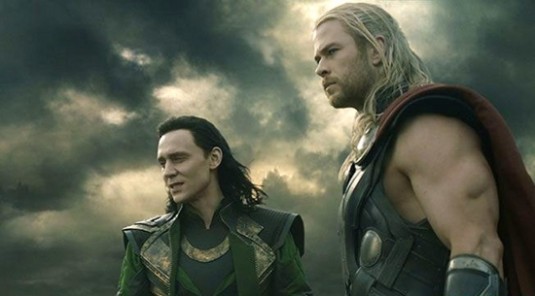 As expected, Thor: The Dark World absolutely dominated this weekend with $86.1 million, the best non-Iron Man opening for the Marvel Cinematic Universe.  Iron Man 3, arguably inferior quality wise, made almost double that in May with a $174.1 million opening.   A distant second was Bad Grandpa, with a $11.3 million weekend.  Free Birds took third place with $11.2 million and should get a slight bump in the next week or two due to it’s Thanksgiving setting.  Last Vegas took fourth with $11.1 million.  The movie most effected by Thor seemed to be Ender’s Game which plummeted from first to fifth this weekend.  12 Years a Slave and About Time both opened wide this past weekend and 12 Years stayed in seventh with another $6.6 million while About Time took in $5.2 million, good for ninth place, down slightly from the director’s other movies like Love Actually and Notting Hill.  Thor should easily stay on top this coming weekend but could fall to Katniss and her bow when Catching Fire arrives in theaters in two weeks.