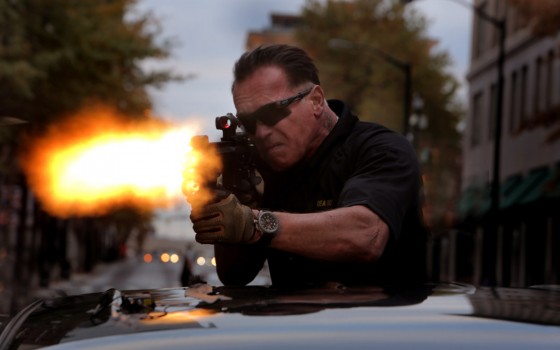 Arnold returned to the realm of action this year with The Last Stand and Escape Plan but those seem like kind of a warm up to Sabotage.  Arnold, and an assembled team of bad asses that includes Sam Worthington, Joe Manganiello, Max Martini, Mireille Enos and Terrence Howard are a DEA task force that makes a massive bust that includes $10 million in case.  The money goes missing and Arnold’s team starts ending up dead.  Arnold teams with a investigator (Olivia Williams) to figure out who took the money and stop the cartel from taking them out.  It looks pretty bad ass and much more action packed than either of Arnold’s efforts this year.  It’s from David Ayer, who wrote Training Day and directed End of Watch.  The movie is out next April and you can check out the trailer below.