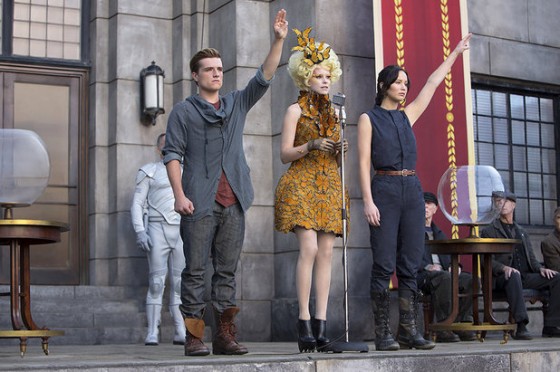 Catching Fire continued it’s domination over the Thanksgiving weekend, making another $110 million from Wednesday to Sunday, the best Thanksgiving weekend in history, destroying Harry Potter and the Sorcerer’s Stone’s record by over $20 million.  It’s made $296.5 million and is the third highest grossing movie of the year, behind Iron Man 3 and Despicable Me 2.  Frozen opened to an equally as strong $93 million for the five day weekend, with $66.7 million for the normal weekend of Friday to Sunday.  It’s the best Thanksgiving opening ever, beating Toy Story 2’s $80.1 million and way ahead of Tangled’s $68.7 million for the 2010’s Thanksgiving weekend.  Thor 2 was a distant third with another $11.1 million and has made over $186 million.  The Best Man Holiday dropped down to fourth with $8.5 million.  Jason Statham’s latest, Homfront, bombed at fifth place with only $9.8 million over the five day weekend.  It’s barely above recent Statham bombs like Parker and Safe, making it seem like although people like us are still excited for the Stath, the general public might be done with him.  Black Nativity also bombed with $3.8 million and 8th place.  A few limited releases went wide this past weekend with The Book Thief jumping from 16th to 7th with $4.8  million while Philomena went from 27th to 9th with $3.7 million.  The new Oldboy was a disaster, first getting cut down to only 583 theaters instead of a wide release and only making $850,000, good for 17th place.