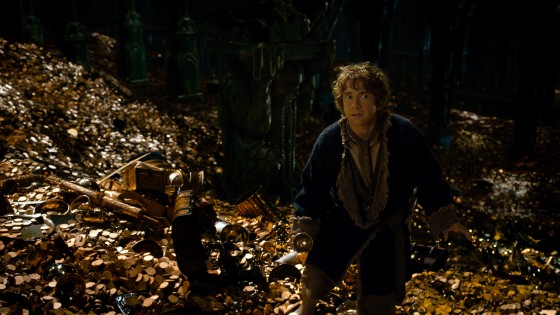 Although slightly down from An Unexpected Journey, The Hobbit: The Desolation of Smaug had a fantastic $73.7 million opening this weekend and easily took the top spot.  An Unexpected Journey made $84.6 million it’s opening weekend and set the December opening record last year.  Desolation of Smaug just edged out Return of the King’s opening as well, which opened to $72 million and was the highest opening for the Lord of the Rings trilogy.  Frozen moved down to second place with $22.2 million and it’s over $164 million for it’s four weeks out.  A Madea Christmas took third place with $16 million, which is the third lowest opening for Tyler Perry and the lowest ever opening for a Madea movie.  Catching Fire and Thor 2 rounded out the top 5.  There wasn’t too much movement lower on the list but with tons of movies opening this week, there should be some major shakeups come next Monday.