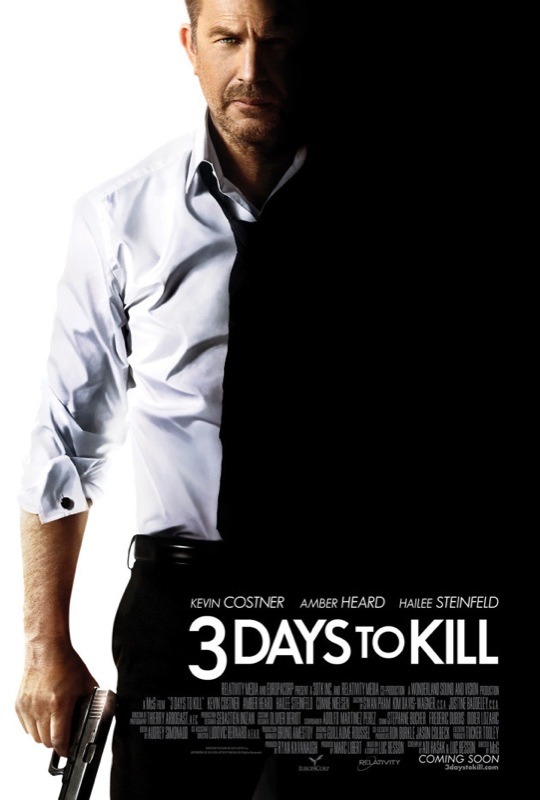 Written by Luc Besson, directed by McG, 3 Days to Kill is the latest action movie to try and capture the magic that is the first Taken movie.  Kevin Costner steps in the shoes of Liam Neeson as an expert agent/assassin who wants to retire and spend time with his wife and daughter but his handler (Amber Heard) drugs him and dangles an experimental cure in front of him in exchange for help with a job.  If Costner doesn’t help, he’ll be dead in three days.  Hailee Steinfeld co-stars as Costner’s daughter and there’s slightly more humor going on as Costner tries to cover up his agent activities while interrogating and kidnapping people.  It’s out in February and you can check out the trailer below.