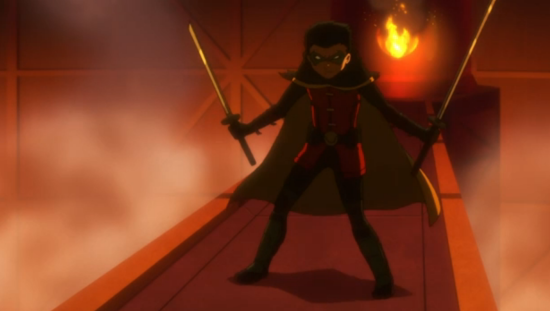 Justice League: War is out in a little over a week but DC is already promoting the next DC Animated Movie, Son of Batman.  Based on the Grant Morrison story Batman: Batman and Son, the movie follows Bruce as he discovers from his old flame, Talia Al Ghul, that he has a son named Damian, who has been training with the League of Assassins.  Rhas Al Ghul has been killed and the power vacuum makes Talia believe Damian is safer in Gotham with his father but the assassin Deathstroke seems to have taken control of the League and kidnaps Talia, prompting Damian to steal a Robin costume and rescue his mom.  Jason O’Mara voices Batman, Stuart Allen voices Damian, Thomas Gibson as Deathstroke and Morrena Baccarin as Talia.  The movie is out in Spring of this year and you can check out the trailer below.