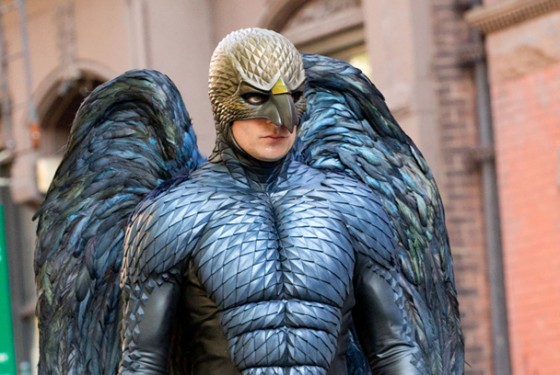 A movie that has seemingly been in development for forever (we had an article about it over a year ago here at EA) will finally arrive this October with the Michael Keaton starring black comedy, Birdman.  In a slightly familiar role, Keaton plays an actor who was a superstar for playing the superhero, Birdman (not an attorney at law BTW), and is now slightly washed up and trying to mount a comeback in a play.  He experiences bizarre hallucinations and tries to reconnect with family and friends in the process of making the play.  It looks batshit insane in the coolest way possible and the supporting cast includes Ed Norton, Amy Ryan, Andrea Riseborough, Emma Stone, Naomi Watts and Zach Galifinakis.  It’s out on October 17th and you can check out the trailer below.