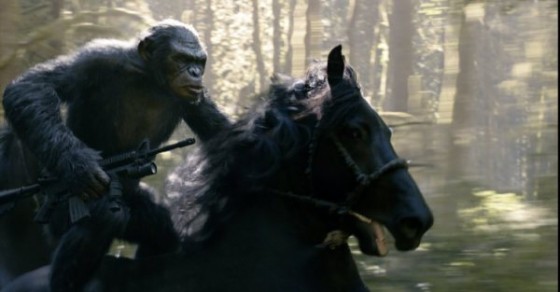 Dawn of the Planet of the Apes, with pretty much unanimous praise from critics and a successful reboot with the dark horse of summer 2011, Rise of the Planet of the Apes, easily took the box office away from the mind numbing disaster that is Transformers with $73 million, up almost $20 million from Rise’s opening weekend.  If it keeps up it’s pace, it will probably crack $200 million and possibly get close to $250 million.

Transformers dropped to second with $16.5 million, putting it over $209 million for a little over two weeks out, plus it’s ridiculous international box office.  Estimates put it ending it’s run around $250-255 million domestically.

Tammy moved down to third with $12.9 million and putting it just over $57 million total, which is pretty good but probably not quite at the level the studio was expected for it’s tentpole Fourth of July movie.

22 Jump St and How to Train Your Dragon 2 rounded out the top 5.

Battle at the Box Office 8/4

Battle at the Box Office 7/7