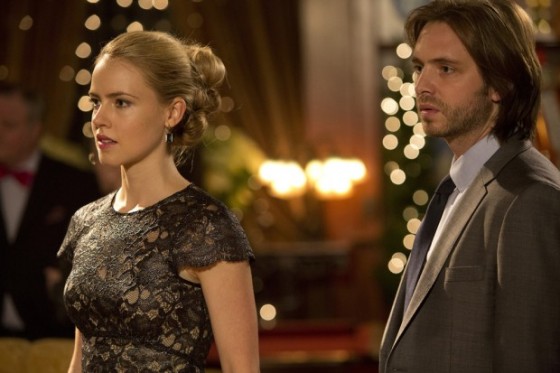 With Fargo and Hannibal proving you can turn a classic movie into awesome TV, SyFy will try their hand with a remake/reimagining of Terry Gilliam’s insane time travel classic, 12 Monkeys.  Aaron Stanford, who played Pyro in the X-Men movies, will take over the Bruce Willis role of James Cole, a man from an apocalyptic future ravaged by a deadly plague who goes back in time to prevent it from happening.  Amanda Schull takes over the role of Dr. Kathryn Railly (now named Cassandra), who gets caught up in the hunt for the source of the plague and Zeljko Ivanek, Kirk Acevedo and Noah Bean co-star.  Gilliam doesn’t appear to be involved and it looks much more safe and generic than the original movie, but hopefully it will at least be a cool time travel show.  It’s set to debut next January and you can see the trailer below.

Bill & Ted are Back to Face the Music in August (Trailer)