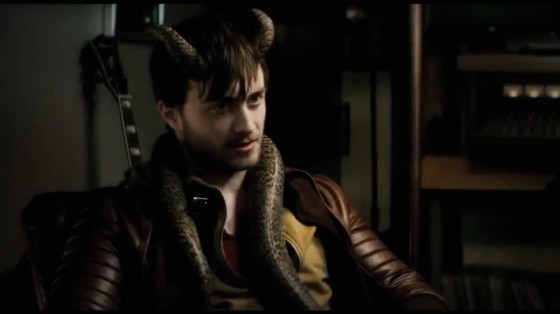 Trying to move on from Harry Potter, Daniel Radcliffe goes in a darkly comic direction for Alexandre Aja’s upcoming movie, Horns.  Based on the novel by Joe Hill, creator of the comic Locke & Key and the son of Stephen King, Radcliffe stars as Ig Perrish, a young man who wakes up after a bender to find his girlfriend (Juno Temple) has been raped and murdered and he’s the prime suspect.  To make matters worse, he starts growing demonic looking horns and exhibiting supernatural powers, making the small town citizens to believe he’s a demon or Satan himself.  He starts using his powers to find the real killer.  Max Minghella, Heather Graham and Kelli Garner co-star and the movie is out in October.