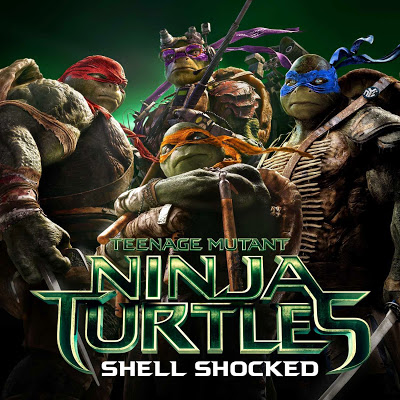 One thing the new TMNT movie is doing that is true to the 90’s films is having a rap song for the soundtrack.  Wiz Khalifa, Juicy J and Ty Dolla $ign team up for Shell Shocked, which a party horn filled rap that kind of starts out like a Turtles rap but then devolves into the usual talk about cars, girls and money of most modern rap.  It definitely lacks the charm and plot recapping of Turtle Power by Partners in Kryme or Ninja Rap by Vanilla Ice.  Both of those songs were chart topping juggernauts, which probably won’t happen with this one.  Check it out below and decide for yourself if it has Pizza Power or not.