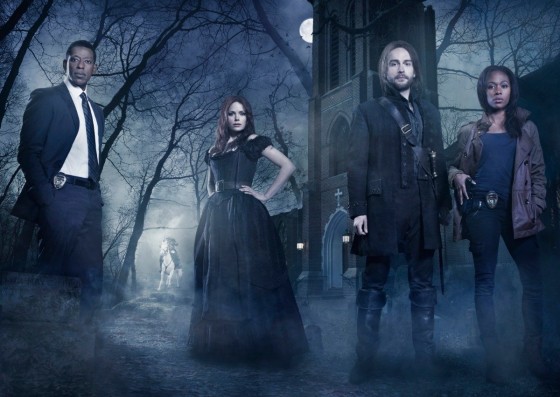 One of most surprisingly fun shows of last season was Fox’s insane Sleepy Hollow, where a reserructed Ichabod Crane (Tom Maison) and a present day detective, Abbie Mills (Nicole Beharie) learn their fates are entwined and they are destined to stop the four horsemen of the Apocalypse and their master, Molloch from destroying the world.  The duo also had to face off against other, lesser demonic threats and use clues left by George Washington and the founding fathers to combat the evil.  Orlando Jones and Katia Winter co-star as Abbie’s boss, Captain Frank Irving and Ichabod’s wife, Katrina, respectively.  Fringe’s John Noble seems to be the big bad of next season, the Horesman of War, who was revealed in the season finale last year where all of our heroes were left in pretty dire straits.  The new season kicks off on September 22nd, leading to the premiere of Gotham, and you can check out the trailer below.

Up to Speed: Sleepy Hollow Season 2