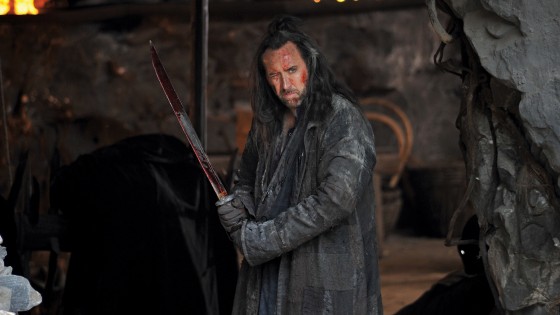 Outcast, at first glance, could be one of any number of martial arts movies that have come out since Crouching Tiger, Hidden Dragon…until Nicolas Cage shows up calling himself The White Ghost.  Cage stars as a former Knight Templar who is now living in exile in feudal Japan when a fellow Templar, played by Hayden Christensen shows up with the rightful heirs to the throne in tow, who have been displaced in a coup.  The two knights need to now protect the rightful rulers and defeat the new emperor, who just happens to be their uncle.  It looks like it could have just the right amount of Cage craziness and it’s gotta be better than Season of the Witch right? (which was the last time Cage was a Knight).  It’s out in February next year and you can check out the trailer below.