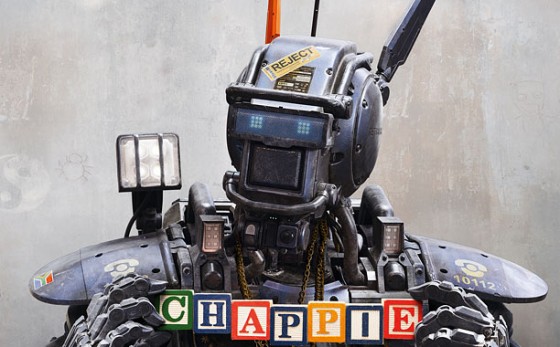 Neill Blomkamp’s follow up to District 9, Elysium, did not really live up to his debut but he and his collaborator Sharlto Copley are back for next spring’s Chappie.  Pulling an Andy Serkis, Copley provides a motion capture and voice performance as the titular character, a robot with a rapidly evolving AI created by Dev Patel.  Chappie quickly learns and grows but an anti-AI activist, played by Hugh Jackman, considers him dangerous and wants to destroy him.  Like the other Blomkamp movies, there’s shades of a bunch of films, like Short Circuit, AI and Unleashed (the Jet Li movie) kind of being the ones that jump out to me after watching the trailer.  It looks really interesting and Copley’s performance looks likes it’s going to be incredible as usual.  It’s out on March 6, 2015 and you can see the trailer below.

Neill Blomkamp Gets Back to His Roots with OATS Vol. 1 Shorts (Trailer)