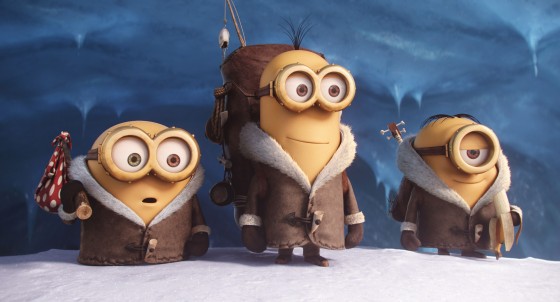 The true stars of the Despicable Me series are finally getting their own movie with next summer’s Minions.  Revealing the origins of the adorable little henchmen, they have been serving supervillains since prehistoric times but eventually find themselves without a master, so Minions Kevin, Stuart and Bob head into the unknown to find their greatest master yet and eventually arrive in 60’s New York.  Sandra Bullock voices their potential new boss, Scarlet Overkill and Jon Hamm (hopefully as just straight up Don Draper), Michael Keaton, Allison Janney and Steve Coogan provide voices as well.  It looks super fun, especially seeing all of the Minions former masters, like Napoleon, and how they accidentally kill them with their over enthusiasm.  The movie is out on July 10, 2015 and you can check out the trailer below.