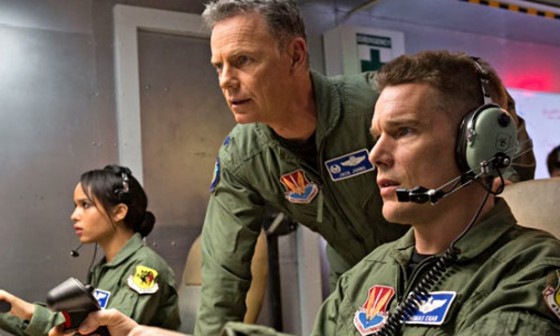 We’ve seen drones in a ton of action movies over the last few years, both good and bad, but Good Kill seems to be attempting to take a serious look at the men and women behind the joysticks.  Ethan Hawke stars as a former fighter jet pilot who now pilots drones at a base outside of Las Vegas but the detachment of what he’s doing starts to wear him down.  Bruce Greenwood co-stars as his CO, January Jones plays Hawke’s wife and Zoe Kravitz appears to be some sort of stripper/hooker Hawke visits.  Andrew Niccol, director of movies like Gattaca, In Time and, probably most relevant, Lord of War, directs and it should be out sometime this year.  Check out the trailer below.

Eye in the Sky Trailer