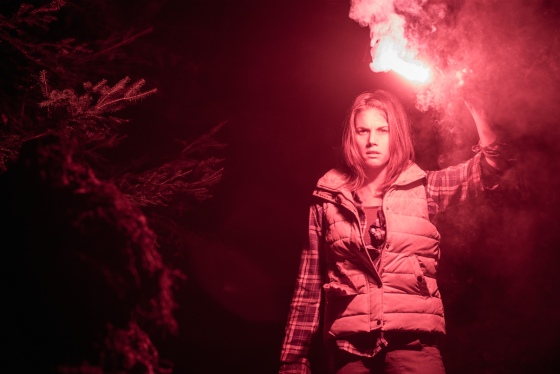 If you enjoy camping, you might think twice about your next trip after seeing the upcoming thriller, Backcountry.  Starring Missy Peregrym, Jeff Roop and Eric Balfour, the movie follows a couple on a trip into the Canadian wilderness who get lost, despite Alex (Roop) being a seasoned outdoorsman.  As they try to figure out where they are, they realize they’ve stumbled into the territory of a massive, dangerous bear.  It’s apparently based on a true story and looks pretty intense, some of the early reviews compare it to Jaws.  It’s out on March 20th and you can check out the trailer below.

A Mission to Mars Goes Wrong in Stowaway (Trailer)