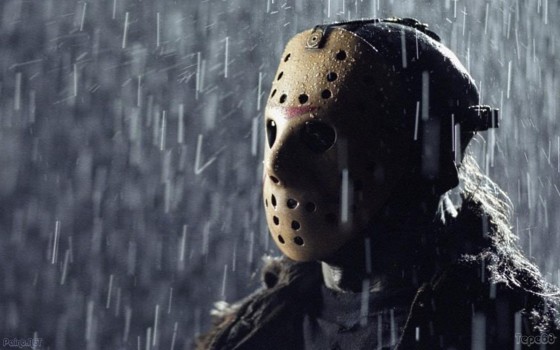 For Friday the 13th Part VI: Jason Lives, the one and only Alice Cooper contributed not one, not two but three songs to let everyone know that Jason was back after a few movies with pretenders to the hockey mask.  The main song is “He’s Back (The Man Behind the Mask) and thmusic video for the song features a young couple out on a date to the movie when it’s interrupted by Alice Cooper singing the song and he even bursts through the screen at one point in the hockey mask.  Two other Cooper songs were featured in the movie, Teenage Frankenstein, which also had clips from the movie in the music video and Hard Rock Summer and the band Felony also contributed the song “I’m No Animal”.  Check out the songs below.

Musical Montage: “Best of the Best” by Stubblefield & Hall