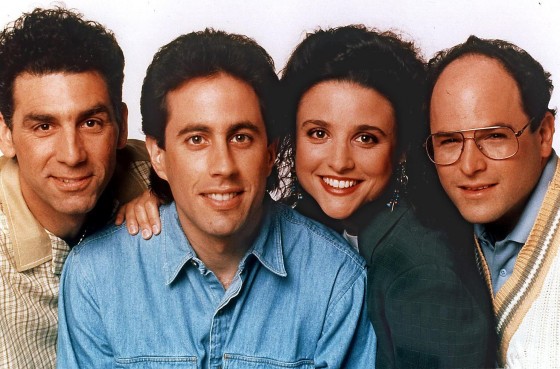 The entire run of Seinfeld arrived on Hulu this week and it seemed like the perfect time for another entry in Auto Pilot to check out the strange first episode.

Did I Know Anything Going In?: I’ve seen and absorbed every episode of Seinfeld multiple times thanks to countless reruns on TBS and local stations.  Along with The Simpsons, I feel like Seinfeld is part of my comedic DNA and I still quote and reference it almost every day.

In later seasons, Seinfeld would dive into the “Bizarro Universe”, including introducing Tim DeKay’s “Bizarro Jerry” but the first episode of Seinfeld is truly Bizarro, as things are similar but vastly different from what would come later.  The big difference is no Elaine, Julia Louis Dreyfuss wouldn’t show up until the second episode and the focus is instead almost fully on Jerry and George’s interactions.  The plot is also extremely simplistic compared to the multiple, interweaving plots the show would come to be known for later.  In this first episode, Jerry is nervous about a woman he met in Michigan, Laura, coming into the city and not really sure what her intentions are.  He goes to George for advice to interpret her various signals, which is the big running gag of the episode and it’s classic Seinfeld examination of minutiae, as George lists the various greetings and gestures that would show Laura’s level of romantic interest.   George is much more confident and calm in the first episode, a far cry from the insane, neurotic character he would become and he’s still into his first career on the series, selling real estate.  Kramer shows up on the episode but in his prototype form of “Kessler”.  Kessler is more like his character from UHF, Stanley Spudowski, as he’s a sweet, dumb weirdo who has never left the apartment building in ten years, borrows meat from Jerry at 1 AM and has a golden retriever.  Of all the characters, Kramer is the one who shifts the most from the first episode, becoming the confident “hipster doofus” later on.

One of the other things that is different from the rest of the series is the focus on Jerry’s stand up, as there’s three extended sequences with Jerry on stage.  This would slowly decrease to be only in the beginning and end of the show to not appearing at all in the later seasons.  There’s also the one time use of Pete’s Luncheon, the diner that George and Jerry hang out in before they would permanently take up the second booth at Monk’s.  There’s a sassy waitress at Pete’s named Claire, played by Lee Garlington, who was originally going to be a regular until it was decided to introduce Elaine instead as the regular female character.  She has some funny back and forth with the guys and it would have been fun if she became their regular waitress at Monk’s or something later on.

The seeds of Seinfeld are definitely sown in the first episode but it would take a few more before it truly became the classic “show about nothing” that we all know and love.  If you’ve never seen it, it’s definitely an interesting piece of history and there’s still a bunch of great bits in it, so it’s worth checking out.