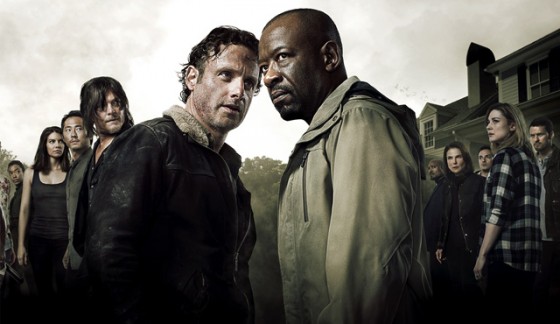 The Walking Dead delivered arguably it’s best season last year as Rick and Co. survived the cannibalistic citizens of Terminus, battled and lost members but finally arrived in the safety of Alexandria, but the harshness of their existence caused Rick, Carol, Daryl and others to maintain suspicions about the too nice and too placid members of their new community.  Season 6 stays in Alexandria as sides are drawn between Rick’s “survival at all costs” way of thinking and Deanna, the leader of Alexandria, who wants to rebuild what they once had and seemingly gets a new ally with the newly arrived Morgan (Lennie James).  Plus, the zombie hordes have gotten even bigger and more disgusting.  The new season starts, as always, in October on AMC and you can check out the trailer below.

The War Continues in Season 8 of The Walking Dead (Trailer)