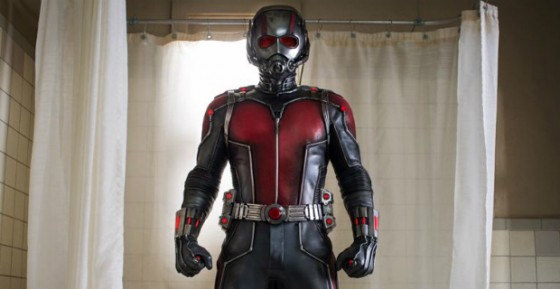 Ant-Man remained on the top of the box office over the weekend, even though it may wind up the lowest grossing of the MCU movies.  It made another $24.8 million, putting it over $106 million for it’s two weeks out, but Avengers made that in one weekend.

Pixels took second place with $24 million, which is an extremely middling opening for Sandler, doubly so since it cost $88 million to make.  It’s just behind Jack & Jill but above last year’s bomb, Blended.

Minions dropped to third with another $22.9 million but it’s actually been the number one movie worldwide for the last three weeks.  The Despicable Me spin-off has made over $260 million so far.

Trainwreck dropped to fourth in it’s second week out with $17.3 million and it’s made $61.5 million and is closing in on This is 40’s overall gross but it will be tough to reach either The 40 Year Old Virgin or Knocked Up’s $100+ million grosses.

Definitely underperforming was Paper Towns, which was expected to be another hit after last year’s John Green adaptation, The Fault in Our Stars, was one of the biggest movies of the summer.  Paper Towns only made $12 million and most of that was on Friday, so pretty much everyone who really wanted to see it have come and gone.

Further down the list, Mr. Holmes expanded to more theaters and moved up to ninth place with $2.8 million.

Battle at the Box Office 8/3