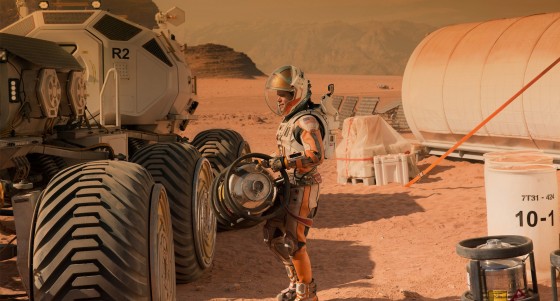 Over this past holiday weekend, The Martian managed to remain on top for the second week in a row while the new competition tanked.

The Martian added another $37 million to it’s total, which is now over $108 million, moving it into fifth all time for Ridley Scott and it seems like it could easily top both Prometheus and American Gangster in the next few weeks.

Hotel Transylvania 2 remained in second with another $20 million, bringing it to over $116 million for it’s three weeks out and it’s over $14 million more than where the first Hotel Transylvania was at the same time.

In third was Pan, which cost $150 million to make and only made $15 million this past weekend.  It was originally supposed to come out in the summer but was delayed for reshoots and it just looked weird and no one apparently was interested in the origin story of Peter Pan.

The Intern and Sicario rounded out the top 5.

Coming out wide after it’s IMAX only release last weekend, The Walk followed in Everest’s footsteps and didn’t really make an impact in normal theaters.  The movie only cost $35 million to make but there’s also tons of stiff competition coming out this weekend, so it could still end up being a loss for Sony, who have been taking a beating all year.