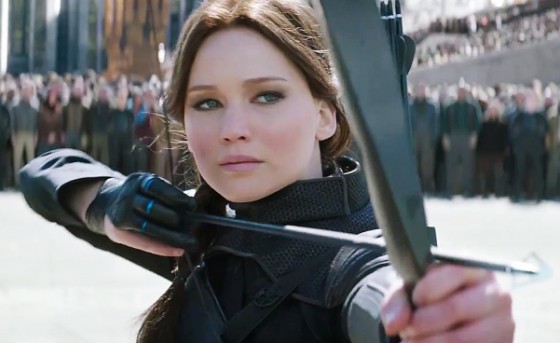 Even though it opened over $100 million, Mockingjay Part 2 is still being considered somewhat of a “disappointment”, as it had the lowest opening of the franchise and was well under predictions.  The final chapter of the Hunger Games made $101 million, compared to Part 1’s $121 million and the series high opening of Catching Fire with $158 million.  It’s possible that Star Wars has basically sucked a ton of interest away from the Hunger Games, as it’s less than a month away and has been in full on marketing assault mode while Mockingjay Part 2 was surprisingly light on marketing for something that should have been a massive event.  It’s currently 23rd overall for the year.

Spectre dropped to second with an almost 60% drop from last week’s number one weekend.  It’s well behind where Skyfall was in the same time frame but it’s about $12.3 million ahead of Quantum of Solace.

The Peanuts Movie dropped to third with another $12.8 million, putting it over $98 million total.  It’s probably going to take a massive hit this coming holiday weekend as The Good Dinosaur steals most of the family audience.

The two other new releases that were up against Hunger Games rounded out the top 5 with The Night Before coming in fourth with $10 million, which is pretty on par with similar movies, although it’s slightly lower than the Harold & Kumar Christmas movie and about half as much as This is the End.  The remake of the critically acclaimed Argentinian crime drama, Secret in Their Eyes, made $6.6 million, which is pretty low compared to the other recent dramas released, like Bridge of Spies, which made $15 million it’s opening weekend.

Spotlight opened wider over the weekend and jumped into the top 10 at eighth place with $3.6 million in about 589 theaters, which is about $6,000 per theater.