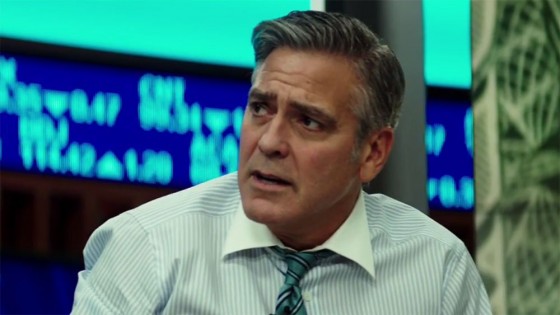 Jodie Foster is back behind the camera for the first time on a film since 2011’s The Beaver (she’s directed episodes of House of Cards and Orange is the New Black in the meantime) with a tense looking hostage thriller, Money Monster.  George Clooney is Lee Gates, a famous financial TV personality a la Jim Cramer, who is taken hostage live on the air by Kyle Budwell (Jack O’Connell), a man who lost everything investing in a stock Gates recommended that tanked.  Julia Roberts co-stars as Gates’ producer, who is forced to stay in the control room and keep things running while trying to keep Gates alive.  There’s also Giancarlo Esposito as the police captain brought onto the scene and Dominic West as a possibly shady businessman.  The entire movie takes place in real time and definitely has a John Q vibe but Foster and co have also cited Sidney Lument films like Dog Day Afternoon as influences.  It’s out in May and you can check out the trailer below.