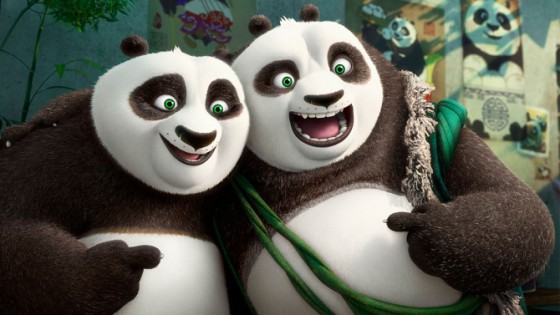 Kung Fu Panda 3 dominated the last weekend of January with the largest animated opening all time for that month and possibly the second best opening of all time for the month if the actual numbers shake out.

Kung Fu Panda 3 took in $41 million, which is the lowest for the franchise as each sequel has opened lower than the last, with the original making $60 million and Kung Fu Panda 2 making $47 million.  In China, the movie had the largest ever opening for an animated movie with $57 million.

The Revenant dropped down to second but only lost 22% from last weekend and took in another $12.4 million, putting it over $138 million total.

The Force Awakens took third with another $10.7 million, putting it over $895 million domestic and $1.9 billion worldwide, but still short of Titanic’s $2.1 billion and far from Avatar’s $2.7 billion.

The Finest Hours took fourth with $10.3 million, about what was expected but actually lower than last year’s real life nautical flop In the Heart of the Sea and much, much lower than the similarly themed The Perfect Storm, which took in $41 million in 2000.

Ride Along 2 rounded out the top 5 with another $8.3 million.

For the other new movies, both bombed with Fifty Shades of Black doing much worse than the Wayan Brothers recent Haunted House spoof movies, taking ninth with only $6 million while Jane Got a Gun had one of the worst openings of all time with $803,000 in 1,210 theaters, giving it $664 in each theater.

All of the Best Picture nominees held on from last week as well, with Spotlight, Brooklyn, The Big Short and Room all dropping only 10% or less from last weekend.