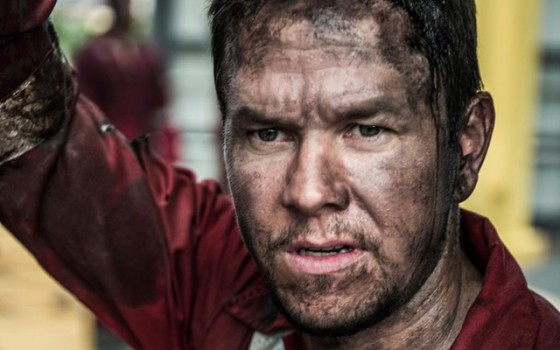 Re-teaming with his Lone Survivor director Peter Berg, Mark Wahlberg, Kurt Russell and John Malkovich are all on board the doomed oil rig Deepwater Horizon in the upcoming movie based on the 2010 BP oil disaster.  In April 2010, oil erupted from the drilling site and engulfed the rig in flames.  Unable to put out the fire, the crew had to abandon the rig with oil still gushing from the seabed, causing the largest man made disaster in history.  The dramatization seems to focus on the workers stuck on the rig and less on the later environmental impact and backlash against BP, much like how Lone Survivor focused more on the Navy SEAL team and less on the politics and larger impacts of the operation.  Kate Hudson, Gina Rodriguez and Dylan O’Brien co-star and the movie is out on September 30th, you can check out the trailer below.