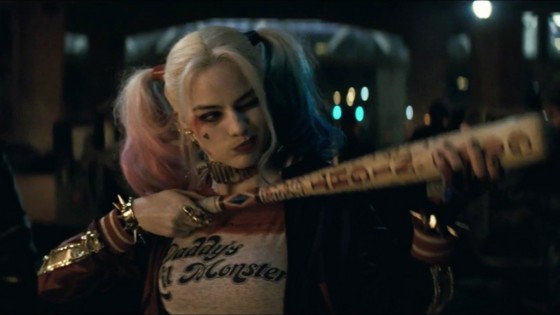 Harley Quinn is front and center in the new, completely bonkers, completely awesome Suicide Squad trailer that debuted during the MTV Movie Awards.  Picking up the style of the last trailer, things are set to not one but two classic songs, You Don’t Own Me by Lesley Gore and Ballroom Blitz by Sweet, and features plenty of one liners from the former Dr. Harleen Quinzel (Margot Robbie) along with more Batman and Joker in what’s either a flashback or the crazy climax of the movie, it’s still anyone’s guess.  If you were one of the people who thought Batman v Superman was too dark, Suicide Squad will still probably feature a lot of dark stuff (it is a team of supervillains after all) but it looks like it will have the black humor to balance it out.  David Ayer directs and the movie arrives on August 5th, check out the new trailer below.