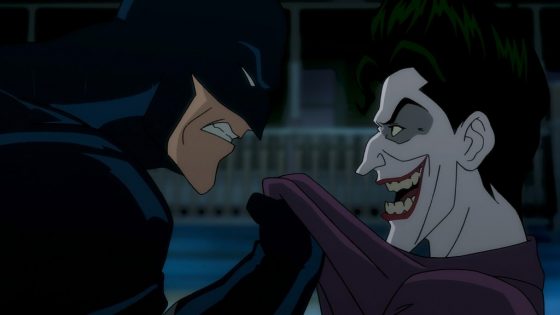 Possibly the most anticipated DC animated movie of all time since it was announced last year, Alan Moore’s classic Batman story The Killing Joke is getting adapted with possibly the grand finale performances of Kevin Conroy and Mark Hamill.  Following the story of the comic, The Joker (Hamill) critically injures Barbara Gordon aka Batgirl (Tara Strong) and then tries to drive Jim Gordon (Ray Wise) insane at an abandoned carnival.  Batman (Conroy) has to find the Joker and one of them may not survive the battle.  There’s an extra 15 minutes of new content in the form of a prologue that will probably feature more Batgirl before diving into the comic’s story and it’s the first R rated DC Animated film, so it won’t shy away from the mature themes and violent images of the source material.  It’s out on DVD and Blu Ray this summer after it debuts at SDCC and you can check out the trailer below.