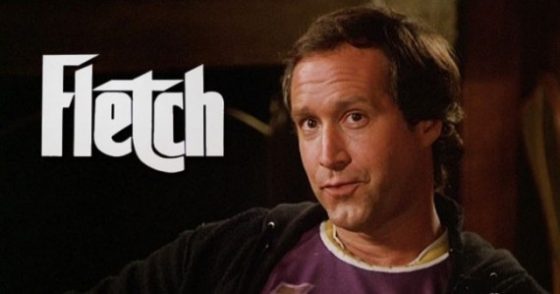 The Chevy Chase classic Fletch has an incredible instrumental theme from the master of 80’s keyboard, Harold Faltermayer, but it also has a catchy theme song from Stephanie Mills as well.  Mills is a Grammy winning R&B singer who played Dorothy in The Wiz on Broadway and had a string of number 1 hits in the 1980s.  Bit by Bit was not quite as big a hit as some of her other songs but it did get onto the Billboard charts and was one of a few contributions to 80’s movie soundtracks that wasn’t The Wiz related.  The music video is kind of unique in that, while it features clips from the movie like a lot of official music videos, the clips include their audio as well, so the song gets put on a hold for some classic Chevy Chase one-liners.  The part featuring Mills is kind of insane as well, as she’s either shrunk down or being kept by giant children in a futuristic block house that has nothing to do with anything Fletch related.  You can check it all out below.