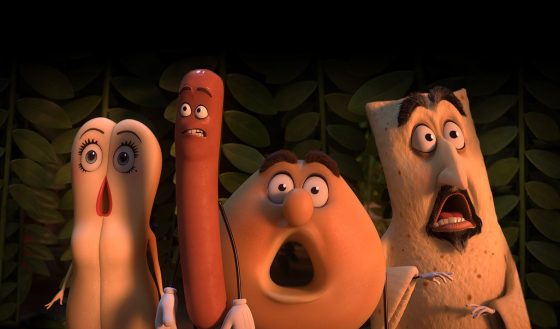 There’s a bunch of animated films coming this summer but Sausage Party is definitely not for kids, as it’s the latest movie from Seth Rogen and Evan Goldberg.  A hard R rated comedy, Rogen stars as Frank, a sausage who thinks he and his friends have reached the ultimate nirvana when they are bought and taken home from the grocery store but the horrifying truth about what their fate will be is revealed and Frank sets out to save his fellow food products from being horrifically devoured.  The voice cast is insane including Kristen Wiig, James Franco, Paul Rudd, Ed Norton, Salma Hayek, Jonah Hill, Danny McBride, Michael Cera and so many more.  The directors are Conrad Vernon, who has worked on the Shrek and Madagascar movies, and Greg Tiernan, who worked on various Thomas the Tank Engine specials and movies.  It’s out in August and you can check out the trailer below.

Michael Keaton is “The Founder” of McDonald’s (Trailer)