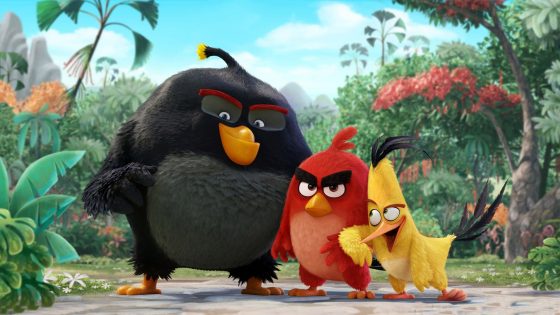 Despite terrible reviews, The Angry Birds Movie seemed to benefit from being the first big animated movie of the summer and took over the top spot from Captain America: Civil War with $39 million, which is in the area of animated movies like Hop, Over the Hedge and Bee Movie.

Neighbors 2 took third with $21.8 million which is less than half of what the first movie made and it’s well below expectations for Universal.

The Nice Guys came in fourth place with $11.8 million, which was slightly above expectations.  It’s hard to compare against other Shane Black directed films because one is Kiss Kiss Bang Bang that had a very small run in theaters and the other is Iron Man 3.  For the stars, it was Ryan Gosling’s sixth best opening and for Russell Crowe, his 12th best.

The Jungle Book rounded out the top 5 with another $11 million, putting it over $327 million domestically.

The only other big movement further down the charts was Mother’s Day dropping five slots to barely hold onto tenth place with $1.1 million.

Battle at the Box Office 5/9