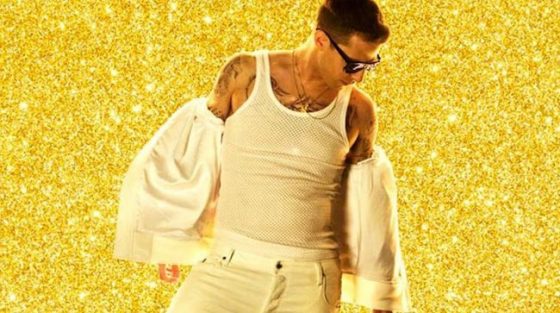 The Lonely Island delivers their first big screen comedy this week in the ridiculous looking (in the best ways possible) faux documentary Popstar: Never Stop, Never Stopping.  As you might expect from the comedic musical group, there’s a bunch of hilarious new Lonely Island songs as part of the new movie, being delivered as singles by the movie’s vapid subject Connor4Real (Andy Samberg). Samberg actually appeared on The Voice in character, and made it watchable for once, to debut “I’m So Humble”, which features Voice judge Adam Levine.  There’s also song that disses the Mona Lisa and another about a girl with very specific sexual role play in mind.  Check out all the new Popstar songs below.

The Boys are Back for Lonely Island’s Movie “Popstar” (Trailer)