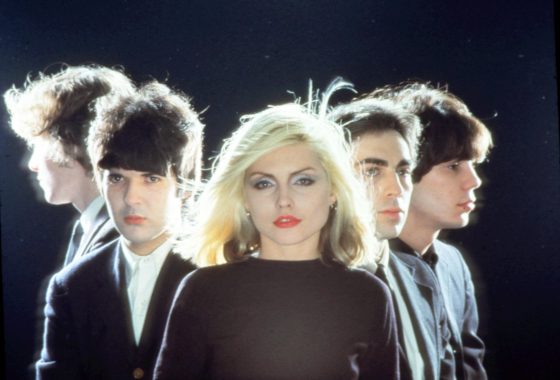 After breaking into the US charts in 1978 with their third album Parallel Lines and the hit single “Heart of Glass”, new wave/punk rock band Blondie exploded in 1980 when they contributed the theme song for American Gigolo, Call Me.  In the movie, Richard Gere plays a high price male escort who get involved with a politician’s wife and is eventually the prime suspect in a murder case.  It was written and directed by Paul Schrader, who wrote Taxi Driver and Raging Bull for Martin Scorsese.  For the movie’s soundtrack, Italian disco producer Giorgio Moroder composed the score and originally went to Stevie Nicks to see if she would create the movie’s theme song but she had just signed a contract with a new record label and had to decline.  Moroder then went to Debbie Harry and Blondie with a rough track called “Man Machine” and had Harry write lyrics and the melody for the song that would eventually become Call Me, a process that Harry said basically took a few hours.  Call Me went on to become both Blondie’s biggest ever hit, staying at #1 for six weeks on the Billboard Hot 100 and the biggest hit of 1980 and the best selling single of 1980.  Check out the music video below, which features Debbie Harry intercut with clips from the movie.

Musical Montage: Roxette “It Must Have Been Love”