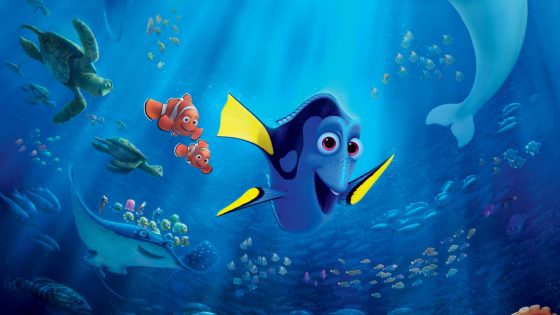 Finding Dory dominated the box office again this week with another $50.19 million over the Fourth of July holiday weekend and bringing it up to over $380.5 million and making it the fifth highest grossing animated film of all time, right behind it’s predecessor Finding Nemo, which has $380.8 million, so it will definitely surpass it soon.

The Legend of Tarzan took second place with $45.6 million, better than expected but with a lot of ground still to cover to make up for it’s $180 million budget.  It did better than The Rock’s reboot of Hercules in 2014 and was just below Peter Jackson’s King Kong, which made $50 million it’s opening weekend.  It was way off though from the similarly themed Jungle Book reboot, which made over $103 million it’s opening weekend earlier this year and over $359 million worldwide.

The Purge: Election Year took third with $34.8 million, the best opening for the franchise and it garnered both the best critical and audience ratings as well.  It’s opening already tripled it’s budget and a fourth Purge is probably on the way soon.

The BFG was fourth with a disappointing $22.2 million considering it was a big budget collaboration between Disney and Steven Spielberg.  As far as Spielberg’s opening weekends, The BFG is 12th, between The Terminal and Bridge of Spies but it is the second best opening for a Roald Dahl adaptation, behind Tim Burton’s Charlie and the Chocolate Factory.

Independence Day: Resurgence rounded out the top 5 with $20 million, suffering a 50% drop off from last week’s already weak opening, despite the fact that the holiday is in it’s title.

Further down the charts, Swiss Army Man expanded wider over the weekend and jumped from 27th last week to eleventh this week, making $1.7 million in 636 theaters.  In it’s first weekend, thriller Our Kind of Traitor opened in 373 theaters and made over $1.2 million and took 12th place.