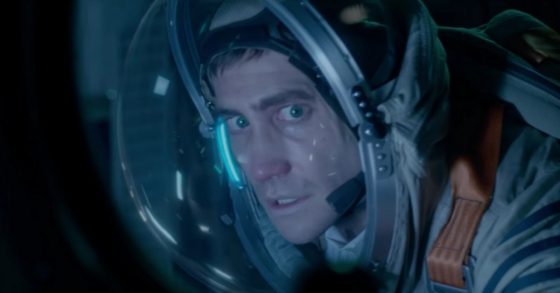 It seems like every year for the last few years we get one big space blockbuster whether it’s Gravity, Interstellar or The Martian and, next summer, we’re getting the thriller LIFE.  Ryan Reynolds, Jake Gyllenhaal, Rebecca Ferguson, Olga Dihovichnaya, Ariyon Bakare and Hiroyuki Sanada are crew members on the ISS who discover the first evidence of alien life in a single celled organism taken from a satellite.  The creature seems to rapidly evolve however and the crew are put in danger from it and each other.  It’s not clear from the trailer if there’s a The Thing situation going on where maybe the crew is in danger of being taken over by the creature of if it’s more an Outbreak “contain the situation” thing but either way, things don’t look good for the crew.  It’s out for Memorial Day weekend next year and you can check out the trailer below.