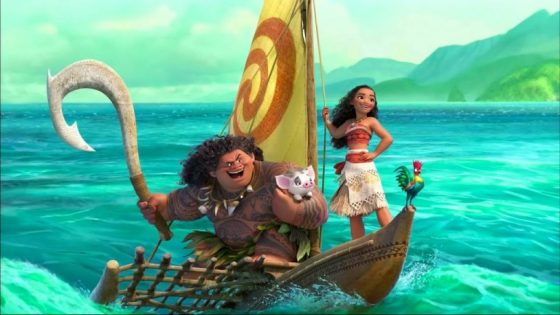 Disney had yet another hit for their record breaking 2016 as Moana easily dominated the Thanksgiving weekend with $55 million for the weekend and $81 million for the five days out.  It’s the third highest opening weekend for Disney Animation behind Zootopia and Big Hero 6 and it’s the second highest Thanksgiving release behind Frozen.  With basically no direct family competition until the end of December, Moana will probably continue to dominate for weeks.

Fantastic Beasts dropped to second with another $65.8 for the five day weekend, bringing it to over $156 million for it’s two weeks out but it’s still below the Harry Potter films.

Doctor Strange dropped to third with $18.85 million for the five day weekend, putting it over $205 million for it’s total and $616 million worldwide for it’s four weeks out.

Allied debuted in fourth with $18 million for it’s first five days out, the 11th best opening for Robert Zemeckis behind Back to the Future Part III and it opened better than last year’s Bridge of Spies.  It was in the middle of the pack as far as Brad Pitt movies, behind Burn After Reading.

For the other new releases, Bad Santa 2 pulled in $9 million for it’s five days out, which is below the $12 million opening of the original.  It’s got heavy competition next weekend from Office Christmas Party so if it doesn’t hold on fairly well this coming weekend, it’s going to be in trouble.

Already in trouble, Warren Beatty’s return to both acting and directing was met with outright rejection as Rules Don’t Apply had an all time terrible opening, sitting between last year’s disasters Rock the Kasbah and We Are Your Friends on the all time worst opening list for movies in 2,000-2,499 theaters.  For a comparison, Beatty’s other passion project, Reds, made more money in only 396 theaters back in 1981.

On the indie scene, Oscar contenders Loving and Manchester By the Sea expanded, with former making $1.7 million in 421 theaters while the latter made $1.3 million in 48 theaters.