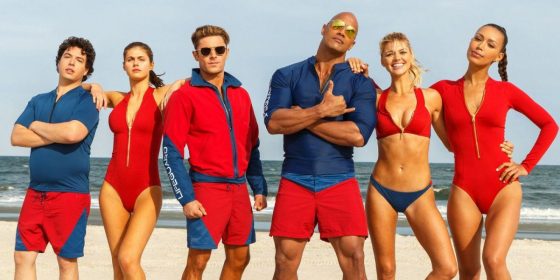 The Rock’s world domination continues into 2017 as he leads a new generation of hot lifeguards in the reboot of Baywatch.  The Rock takes over for The Hoff as Mitch Buchannon, who is paired with a reckless new recruit (Zac Effon) and the duo uncover a criminal plot taking place on their beach with Priyanka Chopra at the head of it.  Alexandria Daddario, Kelly Rohrbach, Jon Bass and Ilfenesh Hadera round out the Baywatch team and Rob Huebel is the team’s captain.  It’s completely in the mold of the Jump St. movies, even sharing a similar meta joke about having to “restore the Baywatch brand”.  Seth Gordon, who directed Horrible Bosses, is behind the camera and the movie is out on May 26th next year, check out the trailer below.

Baywatch is Back in a New, Full Trailer