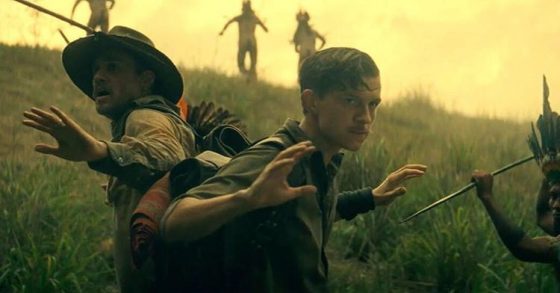 Based on the New York Times bestseller and the true life of explorer Percy Fawcett, The Lost City of Z is arriving next year from Amazon Studios.  Charlie Hunnam stars as Fawcett, who believed an advanced society with a massive city was hidden somwhere in the jungles of South America and mounted several expeditions to find it but ultimately disappearing without a trace in 1925 with his son and another member of their expedition.  The author of the book, David Grann, retraced Fawcett’s steps and gave his theories of what happened while offering a historical fiction accounting of Fawcett’s final expedition.  Tom Holland co-stars as Fawcett’s son and Robert Pattinson as their third expedition member while Sienna Miller plays Fawcett’s wife.  The book offered a fascinating look into what explorers actually experienced while on expeditions, most of it not pretty, and hopefully the movie will dive into at least some of that.  The movie arrives in April and you can check out the trailer below.