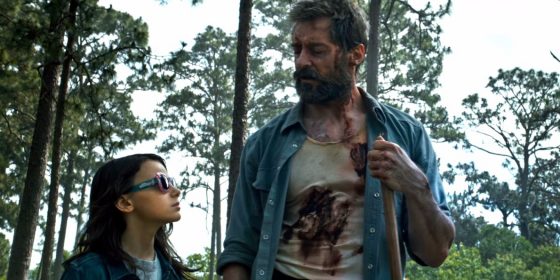 Hugh Jackman is giving us one more go around as Wolverine in this spring’s Logan and the latest trailer is full of the bloody action we’ve been waiting for, from both Logan and X-23 aka Laura (Dafne Keen).  In a future where mutants have been drastically reduced in population, Logan and Professor X (Patrick Stewart) are some of the last surviving X-Men but Laura arrives into their lives being chased by forces led by Boyd Holbrook’s Daniel Pierce, a mercenary for the evil Transigen company.  This movie seems like it’s going to be gritty and emotional but, more so in this new trailer, there’s glimpses of the humor and action we’ve come to expect from Jackman in the role of Wolverine.  The extended UK trailer is below, which is basically a Red Band that features, among other things, a great f-bomb drop from Professor X.  The movie is out on March 3 and you can check out the trailer below.