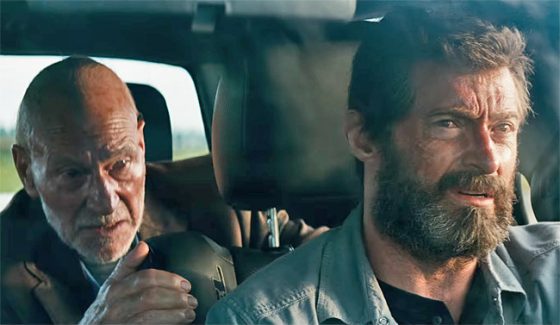 Hugh Jackman’s final turn as Wolverine was easily the best opening of the solo movies he’s starred in with $85.6 million but it was the fifth highest opening for the overall X-Men universe, sitting between X2 and X-Men Origins: Wolverine.  It’s also nowhere near the opening of Logan’s buddy Deadpool’s opening last year, which was over $132 million.  Logan was the most widely released R rated film in history, hitting over 4,000 theaters.  It’s made $159 million worldwide, putting it’s total right now at $244 million.

In second, Get Out, even up against Logan, only dropped 22% from last week’s winning weekend, taking in another $26 million, putting it over $75 million for it’s two weeks out and it’s currently the seventh compared to the other Blumhouse releases.

Christian movie The Shack took third with $16.1 million, making it the seventh best opening in the modern Christian focused genre, sitting between Heaven is for Real and Miracles from Heaven.

The Lego Batman Movie dropped down to fourth place with $11.6 million and it’s made over $148 million so far for it’s four weeks out.

New release Before I Fall rounded out the top 5 with a mediocre $4.9 million but it did make slightly more on Saturday than it did Friday, so some of the teen girls in the audience must have given it some positive reviews.

Getting a boost from it’s Best Picture win (and the biggest mistake in Oscars history), Moonlight jumped up to just shy of the top 10 with $2.5 million, jumping up 259% from last weekend.