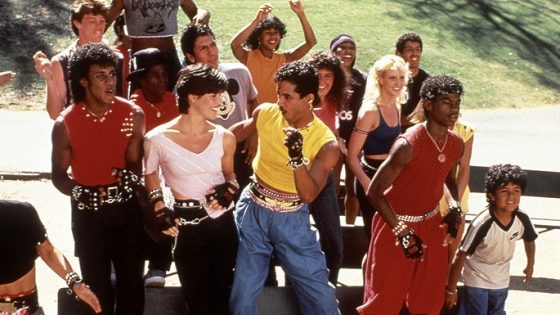 One of the biggest hits ever for Cannon Films, Breakin’ debuted in 1984 and took the number one spot at the box office away from Sixteen Candles, which was on more screens at the time, and eventually made over $38 million on a $1.2 million budget.  It’s success led to everyone’s favorite sequel title, Breakin’ 2: Electric Boogaloo, but it did about half as much as it’s predecessor.  Obviously with movies focused on break dancing, music is kind of an important factor and most of the soundtrack for both movies was provided by the duo Ollie & Jerry, including the title tracks of both films.  Chaka Khan was also featured first Breakin’s soundtrack with “Ain’t Nobody”, which hit number one on the R&B charts in 1983, and the first ever appearance of Ice-T, who performed the rap part of the song Reckless by Chris “The Glove” Taylor & David Storrs.  Check out some of the songs from both Breakin movies below.